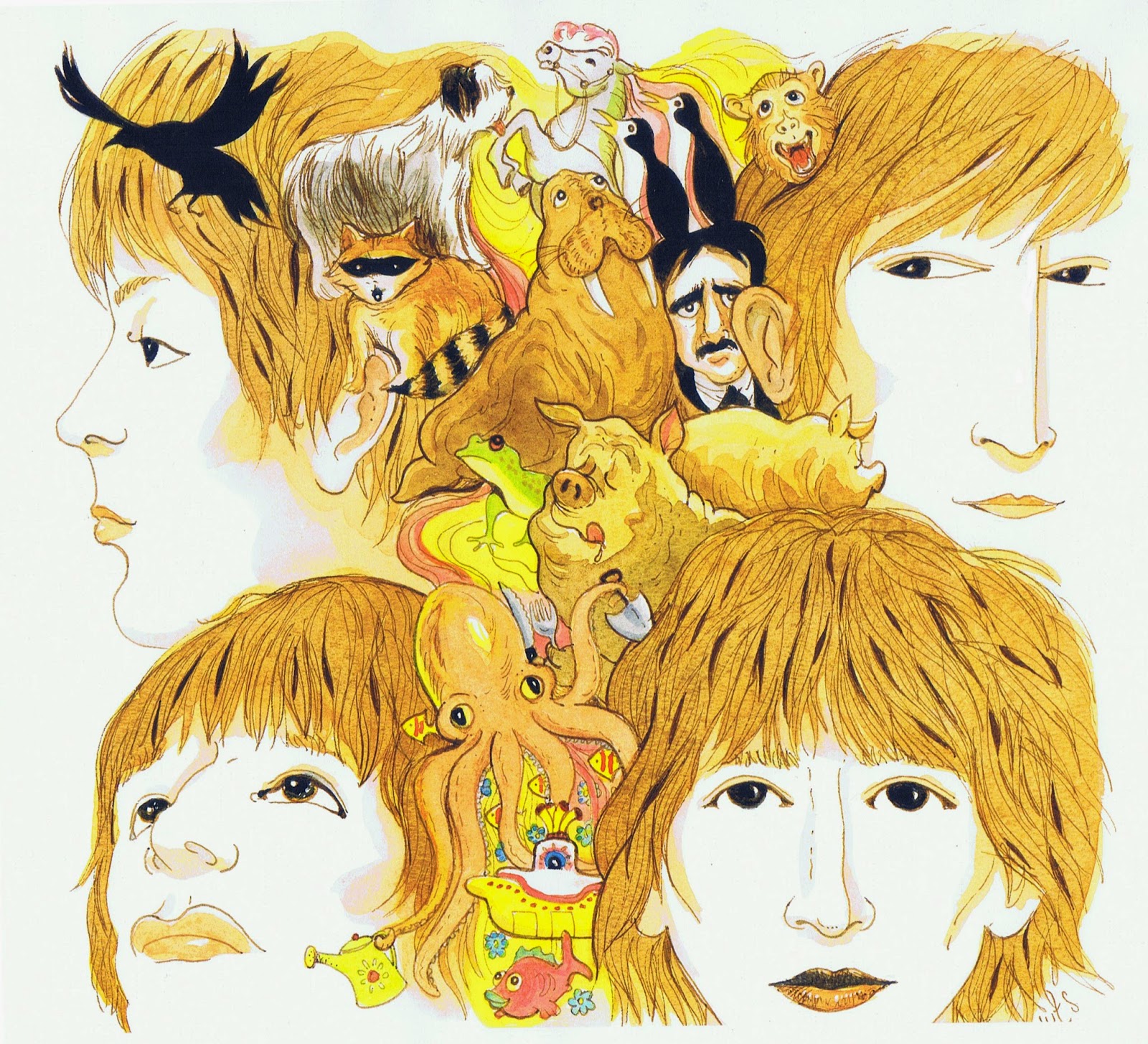 Let's take a menagerie mystery tour
through the animal songs of the Fabulous Four!
T'was one of the Beatles' most endearing features
to pen many songs about non-human creatures
So, here they are! Paul's, George's, Ringo's and John's
critters who crawled in and out of their songs!

Man's Best Friend; there's a fine place to start,
so let's meet the sheepdog who melted Paul's heart;
Martha, his love, always kept him delighted,
and yapped from on high when the good Sir was knighted

on The Beatles' White album, a black bird gets mentioned
it's Paul's allegory about racial tensions
And then there is Rocky, the feisty raccoon
who finds his salvation above a saloon

John gives us Henry the Horse, and his waltz
in his whimsical circus song, laden with shmaltz

"I Am The Walrus!", obscurely sang John
causing listeners to ponder just WHAT he was on
curiouser and curiouser the song's lyrics grow
till penguins are kicking poor E. Allen Poe!

Before "Happiness Is A Warm Gun"'s refrain
a lizard slinks by on a slick window pane
and later, to prove he was nobody's flunky
John sang that he'd nothing to hide, nor his monkey

while Ringo's no wordsmith, he (begging his pardon)
still managed an octopus tending his garden

and still there were more of their animal cronies;
George followed a Blue Jay, while John dug a pony;
Elephants, tigers, a bulldog or two
The Beatles bequeathed us a musical zoo!
And though it was love songs that gave them their fame


let's recall that a crawler provided their name!