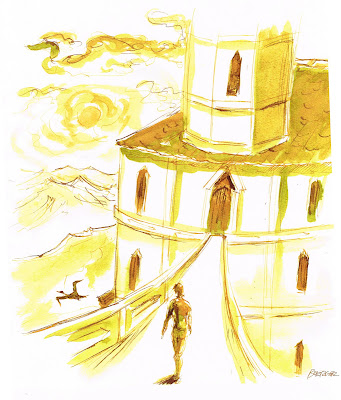 as I made my way

from the base of the castle to the top;

the sun beat down on me with ancient fire

and my knees nearly forced me to stop

but each step took me higher than mountains,

flew beneath me as I crossed a bridge

that led to the door of the highest tower

and the darkness and mysteries within

engraved on its stone walls, a story was told

of a life that knew losses and pain;

for it seemed to reveal everyone's name

the pale orange of sunset glowed through the window

giving eerie life to the stone;

enshrouded by darkness both threatening and comforting

I'd never been so alone

I stepped out onto the perch just as a banshee's wail

sent a chill running through my whole being;

it pierced the air from a far off place,

and I gazed out with awe at the scene:

There was fire in the hills as a crimson moon rose

and a dragon flew across the sky;

it was moving slow, as if it wanted me to know

that I could ride on its back if I tried

I might have died that day, or perhaps it was death that died;

releasing its hold on me

and in one perfect instant, I heard a song

and I'm still haunted by its melody 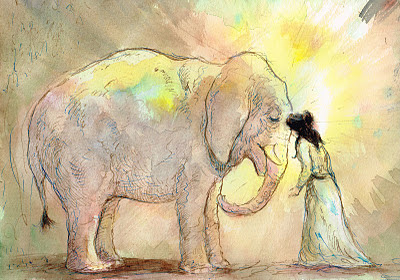 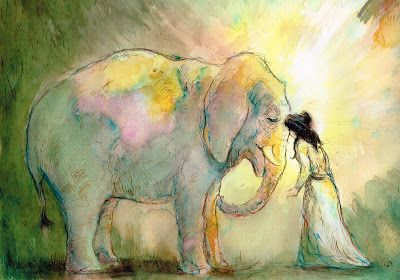 Dream of Strange Scene by a Pond 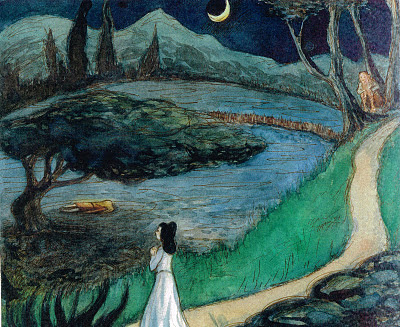 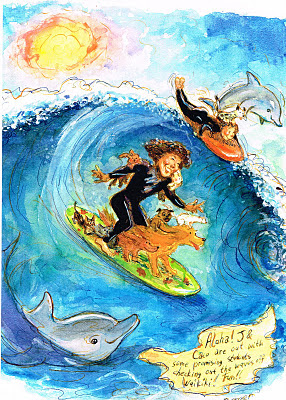 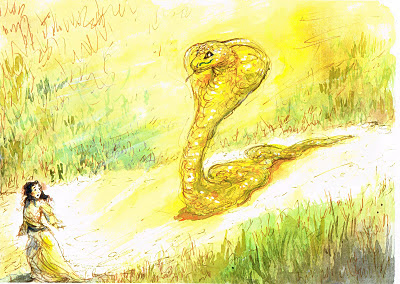 Here is another image I did for my friend, who keeps a dream journal. In this dream, she met a magnificent being, a giant radiant Golden Cobra.
Posted by andyboerger at 17:42 0 件のコメント: