MOM - a speech by my Vietnamese student 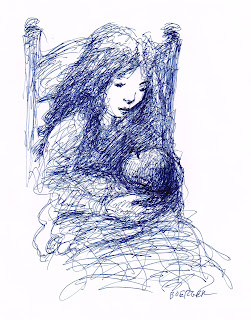 Here is a speech that my student, T, from Vietnam, wrote as an assignment for my class on presenting.
I think it is charming and tender.

I think we all can agree that no one of us was born without a mother! So, today, my key word is only one word - MOM.
To begin, I have some figures about MOM I want to share with you. Do you know how many people there are in the world? At present, the world's population is about seven billion people. Do you know how many of them are mothers? The answer is more than two billion. That means that more than a quarter of the population is MOMs. From that figure, I think you agree with me that MOM is very important and deserves our respect.
One more figure: From the years 1725 to 1765, a Russian woman, Ms. Feodor Vassilyev, gave  birth to twins 16 times, triplets 7 times, and quadruplets 4 times, meaning she had 69 children over 40 years! Shocking, isn't it? It's impossible to imagine what that MOM could do!
Next, I have a short story to share with you. It's a true story that occurred during the Tohoku earthquake last year. Once the quaking had stopped, rescue crews started to find and help survivors. They found a dead body of a young woman under her house, which had completely collapsed. She was in a very strange position, like she was praying or hugging something close. When they touched her, they realized she was dead, and moved on. But the leader of the crew couldn't forget the strange position of the woman, so he went back and tried to touch something under her. He found a baby boy, who was sleeping, alive and well. And beside him, there was the woman's cell phone with the message, "If you're still alive, remember that I love you so much!" The rescue worker realized that she died to protect her child!

Mark Twain said, "My mother had a slender, small body, but a large heart."
Yes, no one loves a child as MOM does, no one does everything for the child as MOM does, no one is always ready to share everything with a child as MOM.
Abraham Lincoln said that, 'no man is poor who has a mother".
Imagine what we would be like if MOMs disappeared. If you live far from home, as I do, I think you can understand why I chose to write my speech about MOM. I want to say MOM, I love you. It's going to be her birthday soon, and I want to give this speech to her. Thank you all for listening.
Posted by andyboerger at 11:43